It’s Sunday, January 5th and our journey to Bali began with our flight from LAX to the Asian hub in Taipei, Taiwan…a mere 10+ hour flight followed by the 6 hour flight to Bali from Taipei! This would be the first of about 7 flights for me during this journey for my 40th birthday.

As Bali is 16 hours ahead of LAX (our departure location), we left on Sunday and arrived on Tuesday, January 7th local time.  First, was the shock as we emerged from a long line in customs to what felt like 900 smoldering degrees outside.  There were a sea of drivers with cards of names in which I was trying my best to search through for my own name.  I was slightly overwhelmed to say the least but eventually found the driver with my name.  After telling the 2 drivers that it would just be us vs the 6+ that were anticipated, we piled into the air conditioned vehicle ready to start our adventure.

First thing we noticed were all the scooters, motorbikes on the road not to mention the driving being totally opposite of that in the Western world.  Our driver – Gusti took us to a little restaurant enroute to our villa which was our first intro to Bali. 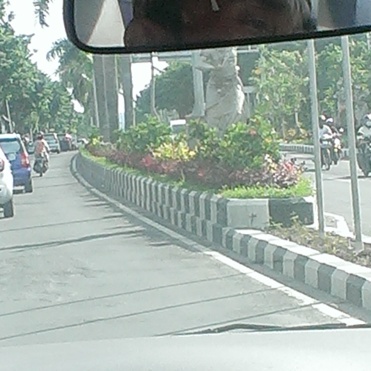 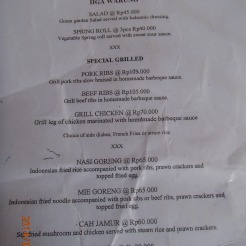 So when I first started planning and even before I chose Bali, I knew that I wanted to rent a villa just to add to this once in a lifetime experience and intro to 40.  Let me say, this villa did NOT disappoint!  It was just what I envisioned and then some.  It would have been the perfect accommodation for the larger group that originally planned to partake in this journey.  It was a 3000+ sq ft 3 bedroom, 4 bathroom, living room, kitchen, private pool villa in South Kuta, Bali (Indonesia).  The pictures really don’t do it justice as you would probably think it’s the entire property but really it’s an individual villa (#104 was our Villa #), spacious and uber private.

Before the trip I came across the spa packages, all of which were to DIE for which included a 6-day Body Purification that was the equivalent to the cost of 1 spa treatment here in the US.  Of course I had to snag that for us as my way of saying thanks….and it was pure HEAVEN each and every day.  By the 3rd day though it was just too much so we opted not to do our 2 sessions that day as we were (believe it or not) “massaged-out” lol!  Did I tell you the showers were outside?  It was the most liberating thing EVER….once I got past the idea of bugs and snakes trying to snack on my nekkedness lol!

In and around Bali

So I left the schedule kinda open to ensure I didn’t wear myself out which I tend to do alot when I travel, however I did have a few things in mind that I either wanted to do or see to include both a temple or 2 and riding the elephants – both of which we were able to accomplish.  The first couple days were more or less just exploring and figuring things out.  The only constant was probably our appetite and my cocktail intake which after all it was a Sselebration lol!  We were ready to eat even before we finished the meal we were eating which made us crack up each and every time. Because the language was totally foreign to us, we also found comedy in randomly calling out food when someone spoke in their native tongue…..then again we were always talking bout, looking for, ordering, and partaking in food.  Indonesian food put you in mind of Thai cuisines, lots of rices and spices.  The local beer and alcohol was “Bintang” and “Arak” respectfully however I traveled with my own favorite – “Ciroc” peach and regular lol!

Transportation was interesting and thankfully the villa provided a driver which was really convenient for us not to mention he was soooo friendly and cool!  Given the 200+ million people in Indonesia and 4 + million in Bali alone, it’s no wonder that the major transportation method was scooters/motorbikes and they were EVERYWHERE!  I believe I died every time we went somewhere because these bikes were all over the road with babies, 2 and 3 people on one, helmets no helmets, dodging in between cars etc.  I just had to close my eyes a few times while saying “I’m bout to die” which of course didn’t happen lol!

All in all I’d say we did what we wanted, played tourist, relaxed, ate, turned up a little, and over all had a fantastic time.

So the day finally arrived and I can’t tell you how excited I was especially knowing that I would technically welcome it twice – once Bali time then 13 hours later EST time.  We started the day thinking we’d ride Elephants at the Bali Zoo but was told the weather was a little questionable so we decided to nix that.  Instead we decided to go to one of the beach clubs to lounge on the beach, kick back some cocktails and party before visiting one of the temples, the Kecak Dance, and finally dinner in Jimbaran Bay.

As with the preceding days we started off with our massage IN our villa vs the spa itself just to change things up and as usual it was the cat’s meow!  Creole Queen had to run out so I went to the restaurant to partake in a cocktail and this seafood chowder I absolutely fell in love with.  As I was preparing to leave Creole Queen was returning so we went to the front desk to arrange our afternoon program.  To my surprise the staff at Mahagiri Dreamland Spa and Villas prepared a birthday presentation for me with a cake, floral arrangement, and Balinese song from the entire staff.  I was totally moved and honored.  Afterwards we had our driver take us to Karma Beach.  This was absolutely beautiful but all the loungers were already taken and we didn’t want to sit directly out in the sun so we asked our driver for another beach which lead us to Tanjung Beach (I believe it was) where we rode jet skis and I did fly fishing.  I wanted to go parasailing but the winds were too high so I was advised against it.  No matter because fly fishing was exhilarating and a little scary but I was all in.  This consisted of me lying on my back on this raft thing while being pulled out into the Indian Ocean until I appeared as a dot from the shore.  Before I knew it the guy says, “are you ready” to which I say “hell yeah” and we take off.  Next thing I know I see the ocean moving further away from me as I am elevated what feels like 30 feet into the air.  OMG this was craaaaazy fun!  After we finally made it back to the shore I hopped on the jet ski which was a total thrill ride.  I think I nearly lost my bikini bottom in the process.

After returning to the villa to freshen up, we once again hopped in the car with our driver and headed to the Uluwatu Temple where we experienced the Kecak Dance on the cliff.  Once it was over and we exited we were wandering around looking for Gusti, our driver, only to stumble upon the local monkeys walking around freely.  Earlier leaving the temple, a couple of the monkeys grabbed the sunglasses of some local Australian tourist and scurried off.  My scary ass was frightened to death at the site of these animals just walking around freely.  Gusti appeared just in time.  We then headed to Jimbaran Bay for my birthday dinner on the beach which was absolutely amazing!  We literally picked our seafood and how it was to be prepared before it was presented to our table.  Needless to say after all of these festivities and the start of my lingering cough, we headed back to the villa to shut it down for the eve.

After a good nights rest and me trying to sweat out the cough that tried to ruin my experience we decided to forego the massage and instead sleep in a bit.  Since our Elephant ride was nixed on my birthday due to possible rain we decided to get it in on Friday followed by shopping and a night at the discotheque!  The elephant ride was pretty darn cool even though I was internally frightened to death lol.  My Elephant’s name was Budi like our friend at the villa and he was 24 yo.  I’d obviously seen elephants before at my local zoos but this was a totally different experience….up close and personal.

Leaving the Bali Zoo we made a few stops along the way to this spot that was known as the Silver and Gold (a Jewelry emporium basically), a Batik market, and a place where Creole Queen got her much coveted Kopi Luwak. <–research that…it’s pretty cool actually.  We had a tea and coffee tasting that was amazing right there in what seemed like on the side of the road.

So we said farewell to Bali on Sunday, January 12th and it was definitely a fantastic experience but we were ready to move on and make our way back home.  Our next stop was our 24 hour stay in Hawaii which was really cool.  Although I didn’t get to see my elementary school (it was after all on a military base), we did hang out with one of Creole Queens’ friends who lived there and was ironically celebrating her birthday that next day.  So we did cocktails followed by dinner on Waikiki Beach at Ocean Reef which was cool. 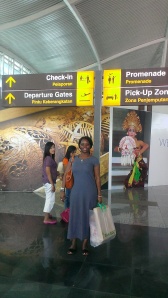 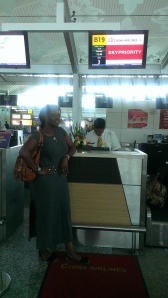 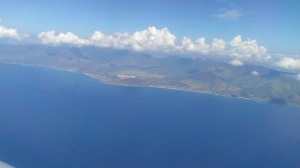 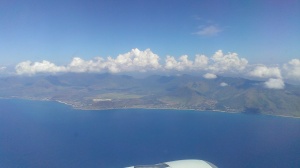 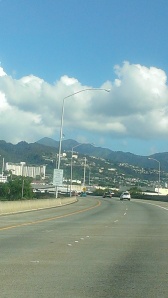 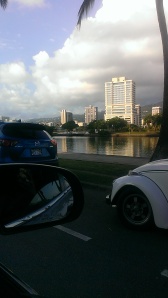 With that the journey ended as it began with me on a flight back to Atlanta where I was all too thrilled to be!! Thank you for celebrating in this journey with me!  Bali was everything I imagined and then some.

Just one small child in this big big world looking to live outloud, explore, learn, and love one destination at a time. Here to share my world with those who want to follow me in this journey!
View all posts by A.S.B »
« My Bali Birthday…..the pre-show!
Spring into your Most Unapologetic Authentic Self »

My BIG Birthday CelebrationJanuary 9, 2014
I celebrated in BALI INDONESIA! It was A-MAZING! 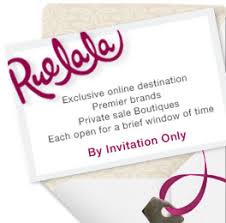